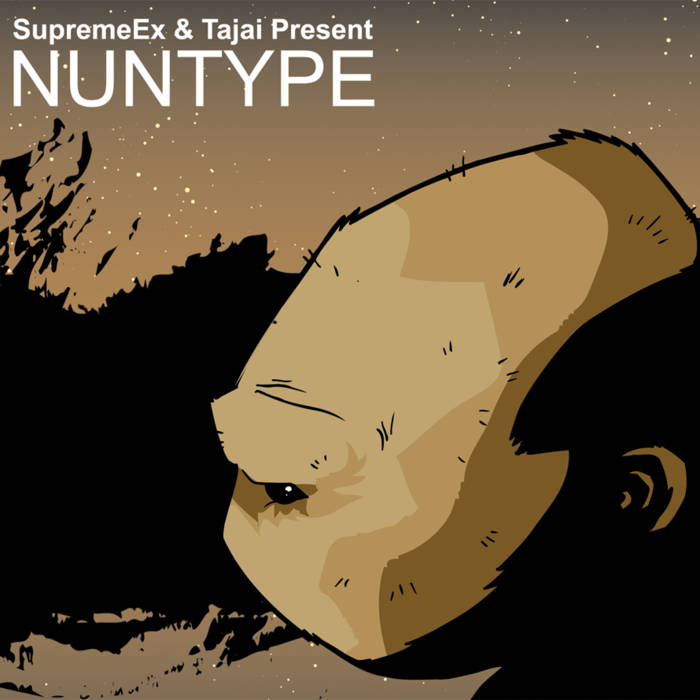 Dedicated to All Pioneers...

Swirling within the doldrums of his ponderous age, the deity has become bored and seeks to satiate his loneliness by mindlessly toying with the fates of his human "playthings." But after many millennia of evolution, the humans have become advanced lifeforms, and they have progressed so mightily in their civilized, organically-technologized culture. But the ways of the past still burn strong, as a Prophecy is foretold by the stars and comes to pass, Chaos ensues, threatening the very grip the deity needs to maintain control of a universe that has outgrown him.

In 1999 the duo released the critically-acclaimed EP, Projecto: 2501 - applauded for its imaginative use of story telling elements such as included trading cards, Enhanced CD and web-delivered content. Whereas Projecto was an EP, Nuntype is a completely new full length album with more than 11 songs including the hit single, "Meaning" featuring Oakland songstress and Columbia recording artist, Goapele.

Colm Doherty reprises his role from Projecto as Lead Character Designer working once again with Art Director, Stinke while Cassady Benson joins the team as Lead Illustrator. Numerous sketches of the characters and world of Nuntype were created over 3 years to provide Tajai and SupremeEx a solid foundation to sculpt their story-telling elements, many of which we will scatter about this website for your enjoyment (including some preliminary animation tests!). In total, Nuntype has been in production for 4 years, carefully treated as a labor of love between all those involved.

All songs produced by Tajai. All lyrics written and performed by Tajai unless otherwise noted.

Bandcamp Daily  your guide to the world of Bandcamp

Featuring Gary Bartz, 5 years of Rhythm Section Intl and an LP of the week by Nicolas Jaar